Pedal Power: What Companies Can Learn from the Rise of Bike-Sharing

If you’ve visited a major city in the past year, you’ve likely seen vibrant green, orange and yellow bicycles parked on sidewalks or near office buildings. Once perceived as a recreational activity, bicycles have quickly become a ubiquitous commuting alternative to cars and subways. China is now host to over 15 million shared cycles and Americans took over 30 million bike-share rides last year, an estimated 75 percent increase from 2014.

The bike-sharing movement has been re-energized, but is not a new phenomenon. City governments in Washington D.C., Paris, and New York launched their own eco-friendly bike-share programs over five years ago to limit strain on aging metro systems. However, the technologies of Silicon Valley and Beijing startups have now surpassed modest public programs. Dockless bikes feature GPS sensors that enable companies to track cycles and provide a new level of convenience and freedom to riders. Within a single mobile app, customers can locate a bike, unlock it and pay for a ride that costs less than a cup of coffee or, in some cities, a ride on public transportation.

Local bike-sharing has become big business. Startups such Lime, Mobike, and Jump have invested hundreds of millions in new bikes and partnerships with city governments. VC-backed Ofo released plans to introduce 150,000 bikes in London and the citizens of Shanghai can select a cycle from one of over 400 bike-share companies. To understand the degree of competition, look no further than the electric scooter. The same companies that launched dockless bikes have ramped up production of rechargeable e-scooters that require less effort to power than the first wave of bulky, no-frills cycles. Electric-vehicle startup, Bird, now manages over 1,500 e-scooters in San Francisco alone and Uber recently announced a $355 million investment in Lime along with plans to feature e-scooters through its mobile app.

The prominent rise in bike and scooter-sharing has wide-ranging implications for mayors, urban planners, and daily commuters. The transportation trend also provides the following five best practices for companies in other industries looking to gain traction in a promising, but increasingly crowded vertical.

The strategy of market leaders Mobike and Lime has been straightforward; place as many bikes in as many cities as soon as possible. The first-to-market and scale approach has effectively built up brand loyalty and recognition months before competitors could gain access to a city. Each vibrantly-colored bike on a street corner is a revenue-generating opportunity. Every physical bike is also a marketing win as it reinforces the ubiquity of the bike-share company and lessens reliance on traditional marketing initiatives. Companies in other industries can adopt a similar launch strategy by targeting specific markets and scaling aggressively in the first months of operation.

Stand on the Shoulders of Others

The rise of bike-sharing owes much to the groundbreaking success of ride sharing giants such as Uber and Lyft. Uber and Lyft perfected mobile apps that allow for seamless booking and cashless payments. Perhaps more importantly, these companies strengthened the sharing economy and normalized the concept of hitching rides with strangers via a mobile app. Bike-share companies have successfully leveraged mobile technologies and societal acceptance to introduce a new service to customers. Uber’s massive investment in bike and scooter startups is a testament to this triumph as two-wheeled advocates have found ways to both challenge and partner with fellow innovators.

Define and Redefine the Target Customer

The first dockless bike-sharing companies successfully targeted and drove adoption among urban, upwardly-mobile millennials. However, with the influx of bike-share competitors, companies have had to reevaluate and redefine their target rider. In Seattle, Ofo has started to target lower income families by offering free rides at community events and investing in media campaigns within neighborhoods that lack access to public transportation. Lime and Jump also provide subsidized rides for schoolchildren in St. Louis as part of a strategy to broaden their rider base. In addition to expanding use, these local initiatives have improved relationships with city governments who hold the keys to city transportation permits and the companies’ ability to scale.

Most bike companies charge $1 per ride plus 15 cents for each minute of use. The price parity has forced companies to turn to differentiating marketing techniques such as gamification. Mobike now offers credit points for riding during holidays, reporting illegally-parked bikes, and fixing broken cycles. Lime periodically offers “bonus bikes” and opportunities to collect coupons from cycles that may be farther afield. These point programs have been especially successful with millennials who are often motivated by rewards (see the word-of-mouth success story with the Chase Sapphire Reserve card).

When the first dockless, QR code-enabled bikes were released two years ago, riders hailed them as innovative and futuristic. Now riders want transportation methods that are faster and trendier. Lime has since increased its e-scooter production and launched services in over 18 U.S. cities and Western European capitals such as Paris and Berlin. Bird and Spin are also experimenting with other electric vehicles when interest in scooters inevitably plateaus or city governments restrict use. In a crowded category, successful companies will closely monitor customer preferences through market research and anticipate demand for new, differentiating products.

From Shanghai to Los Angeles, bike and scooter-sharing has become a surprising disruptor in the transportation industry. In a short-period of time, the influx of two-wheeled machines has changed the way city officials view urban planning and spurred competition between public and private entities. It has also challenged the marketing team at startups who have had to account for growing competition and mutable rider preferences. Along with its marketing lessons, the rise of bike and scooter-sharing is also a testament to the adaptability of consumers. Riders who five years ago were wary of taxis, are now comfortable approaching a standing bike, unlocking it with their phone and leaving it for the next rider on a busy street corner. As companies enter new and exciting verticals, marketers need to trust customers to adopt new behaviors and products that meet their lifestyle needs. 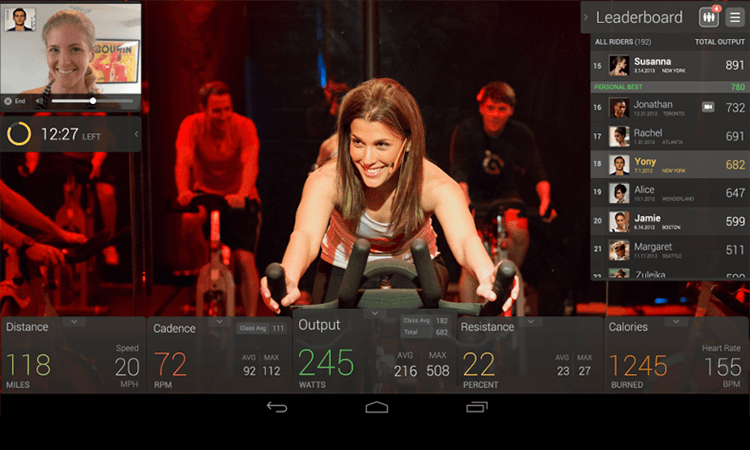 It’s All About the Spin

As brands across industries focus on differentiation through unique customer experiences, the evolving personal fitness landscape shows how SoulCycle, Flywheel and Peloton are capitalizing on different emotional connections to attract and retain loyal customers.