What makes a marketing campaign “iconic”? Beyond memorable catchphrases and hashtags, how have iconic brands remained relevant and connected to their customers over time? After evaluating over 30 of the most successful brand marketing campaigns in the past 20 years, HawkPartners identified four common practices that have helped iconic brands maintain their competitive advantage.

Iconic campaigns tap into a range of human emotions, from humor to inspiration to a sense of belonging. Humor drives positive association, draws attention and humanizes brands in ways that conventional messages cannot. Humor can be especially effective in industries like insurance that often have a reputation for being ‘boring’. A humorous or lighthearted character can be the vehicle to make that connection. GEICO’s ‘Gecko’ and Progressive’s ‘Flo’ have successfully used humor to make policy selection more approachable and differentiate their brands.

As much as consumers want to be entertained, they also want to be inspired. In the late 1980s, facing massive layoffs and fierce competition from Reebok, Nike decided to launch the “Just Do It” campaign to empower everyday athletes, not just elite performers. The tagline and TV spots resonated because the message was simple, yet deeply inspiring for people in pursuits beyond the track or basketball court. Since Nike’s seminal campaign, aspirational messaging has become a fixture in mainstream fitness advertising such as Under Armour’s “I Will What I Want” campaign featuring Misty Copeland, the first African-American soloist for the American Ballet and advocate for gender equality.

People also crave a sense of belonging. Airbnb’s 2015 “Never a Stranger” campaign positioned the fulfillment of far-flung travel and local hospitality as an antidote to the disconnection of digital social networks. To reinforce their new brand purpose around belonging, Airbnb redesigned its digital platforms with messaging about the importance of home, new logos and opportunities to discover exotic locales. Airbnb has since adapted its inclusionary campaign to support other social causes from marriage equality to community service.

The diversity of human emotions can be challenging for marketers and brand strategists. However, ads that effectively connect to core emotions and align closely with brand values foster longstanding loyalty.

Some iconic campaigns were successful in delivering messages that consolidate a complex brand promise into a single, easily-recalled identity. In 2012, AT&T launched the “It’s Not Complicated” campaign after focus groups repeatedly revealed that few could tell the difference between 4G or LTE or what differentiated one wireless provider from the next. The campaign, featuring improvised sketches with kids in a classroom, helped AT&T simplify its value proposition and elevate the brand rather than the products.

Similarly, UPS felt the need to streamline its message after steady acquisition of new companies and technologies eroded customer recall of company offerings. After a comprehensive internal and external brand assessment, UPS embraced its reputation as the “Brown Company” through its “What Can Brown Do for You?” campaign featuring real-world case studies on its seamless logistics solutions.

A focus on simplicity can also empower and unify employees. IBM’s current “Rise of You” campaign spotlights intrepid employees in its messaging on the company’s complex series of software offerings. And as part of its 2014 “Run Simple” campaign, SAP consolidated its marketing divisions into a single global hub and distributed pocket-sized “brand cards” to employees as a guide to SAP’s core positioning and personality.

An ever-expanding number of marketing channels gives brands opportunities to connect with customers in new ways. In 2014, CVS proactively opted to stop selling tobacco products, a decision that served as the catalyst for unifying four sub-brands – CVS Pharmacy, CVS Caremark, CVS Minute Clinic and CVS Specialty – under the single brand of CVS Health. CVS used multiple channels to support a holistic and strategic rebrand; it revamped its website with a new logo and creative, launched a microsite on smoking cessation, created a Health in Action blog, and opened a dedicated Twitter page on the importance of community health initiatives. Seamless integration between channels helped CVS reach new audiences, unify the campaign and elevate CVS’ identity from the corner drugstore to a true healthcare partner.

The expansion of customer touchpoints also challenges marketers to maintain a consistent brand identity. Successful brands have ensured that their core messaging and creative is consistent across channels. Walmart employs stringent branding guidelines across outputs – from its website to the freezer aisle displays – to infuse positivity into the shopping experience. GE has also cultivated its “Imagination at Work” campaign through a multitude of owned and shared channels ranging from online banner ads to social media. Whether the message is humorous or inspirational, GE content consistently highlights the company’s innovative contributions to science, manufacturing and technology.

Iconic campaigns are almost always closely aligned with long-established, core company values, and in some cases have been daring. In 2015, REI launched the “Opt Outside” campaign, an announcement that all REI stores would be closed on Black Friday – and urged all employees and customers to engage in outdoor activities instead of shopping. REI’s bold decision to forego Black Friday sales paid off in several ways. Engagement with the brand’s platform skyrocketed; within 24 hours REI had over 2.7 billion social media mentions and 1.4 million customers logged into the “Opt Outside” website. The “Opt Outside” campaign is still gaining momentum. Over 700 national and local brands have since joined the movement to close stores on Black Friday and challenge American consumerism.

Authenticity can also involve being brutally honest and openly embracing flaws. After ranking last in national taste tests among major pizza delivery chains, Domino’s re-positioned its brand strategy to focus on transparency and improvement in both the recipe and customer experience. Nationwide TV spots featured Domino’s executives asking disgruntled customers for a “second chance” and customers were encouraged to share unaltered photos of Domino’s pizza on official company social media channels. The “Oh Yes We Did” campaign’s honesty, use of conversational language and emphasis on the company’s family business culture convinced many to give Domino’s another chance. Domino’s saw a 12 percent growth in sales during the campaign and has since become a leader in digital ordering among food franchises.

Iconic marketing campaigns have all told simple and authentic stories that connect with their customers’ core values. Their successes have inspired other companies to adapt and appeal to customer emotions in the midst of shifting purchasing habits. However, despite some common best practices, the blueprint for reaching “iconic” status still mystifies brand leaders, C-suite execs and agency leaders. How to strike the right tone at the right moment with the right customers remains an imperfect science. But it’s clear that when a campaign like “Just Do It” or “Opt Outside” resonates, it can truly elevate a brand to a new level of esteem and affinity. 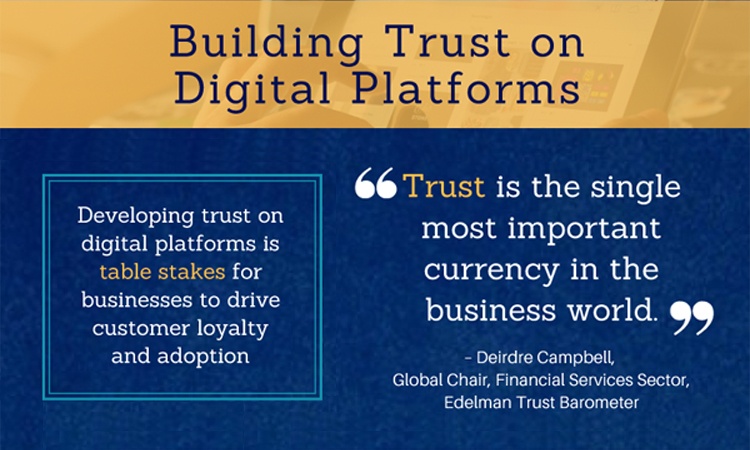 Companies have a lot of work to do to rebuild trust with consumers. The stakes are higher to leverage digital platforms to bridge the "trust gap"