How Digitization, Democratization & Disruption Will Transform Your Industry

“Times and conditions change so rapidly that we must keep our aim constantly focused on the future.”

Is your industry experiencing rapid change? Does it feel like your customers’ needs and expectations are quickly changing? Do you wish you could better anticipate what the competitive landscape will look like in 2-5 years? 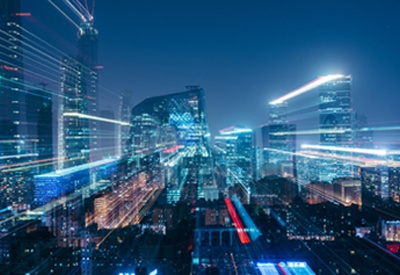 Leading companies frequently wrestle with these kinds of questions, and we often hear our clients say they don’t have the right customer insights tools to address them. As a result, HawkPartners developed a unique methodology called Innovation Panels™ to generate forward-looking insights to anticipate market changes and future customer needs.

As explained in our related article, Innovation Panels™ bring together a diverse group of experts, intentionally from a variety of different fields with unique perspectives on a particular industry or topic area. It is a powerful methodology when you need a future outlook, radical thinking or an innovative approach to strategic issues – from future scenarios to competitive developments to changing trends and market dynamics.

Recently, we conducted a series of Innovation Panels™ to better understand the key factors driving rapid change across three industries – consumer healthcare, retail banking and digital media. Our goal was to understand how consumer attitudes, needs and behaviors as well as competitor dynamics would likely change in these industries over the next 2-5 years.

Our three panel discussions included experts across different fields, including a healthcare startup founder, venture capitalist, former CMO of a Big 4 accounting firm, SVP of innovation at a leading bank, senior writer for Vanity Fair, global digital strategy consultant and intellectual property lawyer, among others. We facilitated in-depth discussions among these experts about which future scenarios are likely to play out and why.

“In an age where sound bites and partial facts rule, having an opportunity to discuss topics and trends in depth from a number of diverse perspectives is priceless.”

How Megatrends are Driving Change

Although HawkPartners facilitated the discussions using an open-ended format, each industry panel conversation coalesced around the same three megatrends: Digitization, Democratization and Disruption. Although these megatrends will obviously impact each industry differently, a key insight coming from the panel discussions is that there are more commonalities driving change across industries than we had originally expected.

Let’s look at how our panelists anticipate that these 3 megatrends will impact key industries:

Megatrend 1: Digitization
Key Insight: “Whomever owns the data will have the power”

Digitization has been underway for decades, beginning with the adoption of the internet and e-commerce in the mid-1990s. It has since resulted in colossal change, transforming the way we get information, entertain ourselves and conduct relationships. But how will it impact us going forward?

Our panels envisioned a future in which:

Facebook’s recent scandal involving Cambridge Analytica is an example of how critical “ownership” of data is likely to be in the future. By losing sight of their users’ data (which was ultimately used by Cambridge Analytica for targeted political ads), Facebook lost a significant form of power, not to mention a major hit to its trust and credibility.

Megatrend #2: Democratization
Key Insight: “The need for intermediaries will die”

Democratization is a logical extension of digitization, where access to information and services dramatically expands beyond the privileged elites to a much wider spectrum of the public. Our panels discussed potential outcomes as democratization continues to advance, describing a world in which:

Democratization is already having a profound impact. Apple’s recent announcement that it will offer a feature for customers to see their integrated medical records on their iPhone will accelerate this trend. The app will bring together data from hospitals, clinics and other sources – making it much easier for consumers to see and port their medical data from multiple providers – thus becoming less reliant on traditional healthcare providers.

Digitization and Democratization create fertile ground for emerging competitors. These disrupters often leverage a new technology to offer consumers a service that previously was not available. Witness how Uber transformed how we travel or how companies like Doordash have changed how we dine at home.

Our panelists shared their visions of a world in which:

Some of these trends are unfolding rapidly. In the weeks since our panel was conducted, Amazon announced it is partnering with Berkshire Hathaway and JPMorgan Chase in a bid to reduce soaring healthcare costs. The partnership – which aims to give consumers a better option on health insurance – sent shock waves through the healthcare industry, causing stock prices of incumbent market leaders to tumble.

Are you ready for change in YOUR industry?

Digitization, Democratization and Disruption will continue to transform all industries with profound implications for brand, product and pricing strategies. Companies that can anticipate change, mitigate threats and capitalize on opportunities will emerge as winners. Those that don’t will likely face the possibility of becoming obsolete (recall what happened to Blackberry when the iPhone was introduced or to Blockbuster when Netflix emerged.)

If you’d like to better understand how these trends will impact your business, Innovation PanelsTM can offer breakthrough, future-oriented insights. HawkPartners helps you design an approach that enables your brand to better prepare for what the future has in store.

When you need a future outlook on key trends or breakthrough ideas, Innovation Panels™ may be your go-to research tool

Send this to a friend